That’s what you get for going into the light.

Hyperdimension Neptunia Re;Birth3 V Generation is an alternate universe continuation of the story present in the preceding entry in the series. We’re also in the past… so it gets a little confusing as to where this version of Gamindustri fits into the universe, whether we’ll see it again, or if it’s just a pudding-induced Neptune fever dream. Or eggplant-induced fever dream. Stella’s Dungeon makes a 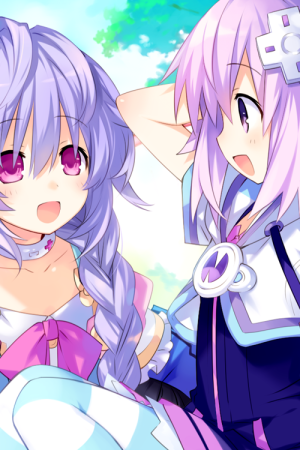 return alongside a new Remake system with the (much appreciated) ability to search for materials, while everything else is generally bigger and better.

Stella’s Dungeon has an impact on the main story now, too.

Each time you successfully complete an area you’ll get a bounty of goodies- items, plans, materials, keys to the next area, and much more will be awarded for your efforts. These not only help when progressing to new areas in Stella’s Dungeon, but also with quests and the like where these materials will help you meet the requirements. It’s also a steady source of easily attainable income.

There are also new character challenges which fit into the Remake system to provide further party customisation. Most are statistical changes and are valuable in varying degrees of importance, but some will unlock new skills and new passive bonuses. The EXE Drive system has been completely reworked as well. SP is now immediately and permanently set to a maximum of 1000 for each character, it’s generated through Rush Attacks (or through general combat), and will be how you activate the EXE Drive. Either through having to reach a particular amount to use EXE Finish Skills, or by consuming a considerable portion of SP to unleash an exceptionally devastating EXE Drive Skill. It’s a change which adds a strategic layer to most combat.

Within which there are many positive changes from having more EXE Drive Skills available per character, more advantage being taken of the various Coupling and Formation Skills, further choices for the equipment CPUs and CPU Candidates will use in their HDD form, and a fifth combo slot for each attack type which expands the potential for damage and chain bonuses. It definitely feels more content-dense (in a good way), while, at the same time, there are opportunities 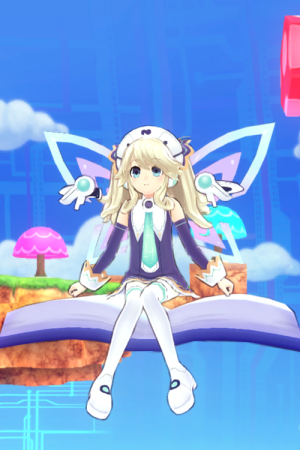 to expand on these mechanics even further in later entries in the series.

Which the Hyperdimension Neptunia series has done quite successfully so far.

No two entries are the same and that’s a good thing. It’s enjoyable to experience new mechanics or at the very least alterations to existing ones. This makes the desire to continue playing through the series even stronger than it normally would be, as you can’t wait to see all of the positive changes they’re making. Or all of the new things you’ll have to get accustomed to.

I’ve definitely spent more time with this entry than anticipated but I’ve thoroughly enjoyed the time spent. Which is why I would recommend this series to anyone looking for something akin to the JRPGs of old from the days of the SNES or the PS1. They’re light hearted, fun, and not too complex. There are a lot of characters to choose from (especially with the free DLC options) and each is genuinely interesting in their own way. It’s also sure to induce a few pangs of nostalgia given it’s a parody of the gaming industry (and many of the series and characters therein). There are also quite a few different titles available which branch off from the main series in interesting ways, which might interest those who love the characters and want more from them.