Don’t ask what’s in that coffee.

One of the joys of painting with watercolour is how it reacts to the paper. It creates a texture like no other! It’s also really gorgeous to see the different colours swirling together like a prismatic maelstrom. For that reason alone we have this- a skull with a multicoloured afro. As I said, don’t ask what’s in that coffee. The iridescent afro was best approached with watercolour, as there are few other materials I possess that would have been able to create the same effect.

Marker could create a similar effect.

It could also be possibly more appropriate for the skull. But for the overall effect I felt that watercolour was the way to go, as there are ways to strengthen the detailing of the skull if I really wanted to (such as using ink). But, again, I felt that this would be most enjoyable as a pure watercolour piece. 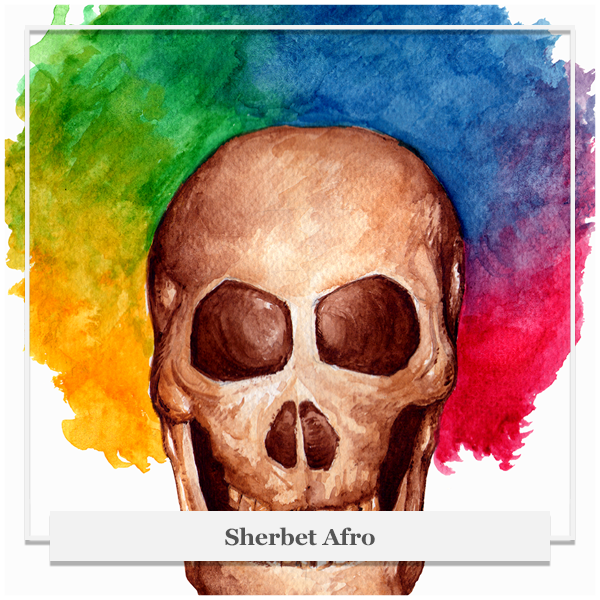 Where did the inspiration come from? Places. In my mind. Why did I use this particular style? It looks nice, it’s fairly unique, and it’s something I’m not usually known to do. I’m a little more experienced with the use of colour than I used to be, but I’m not as confident with it as I’d like to be. I don’t tend to use it as much as I probably should. Which is something that I hope that pieces like this will help me with. It would be great if this paved the way for a great many colourful pieces in the future!

This is also one of the few recent watercolour paintings I’ve done without ink.

I’m still keen on using ink with watercolour, but it’s nice to know that I don’t have to in order to get a result that I actually like. Which I do. As does my sister who describes it as (and I quote), “a Jimi Hendrix psychedelic cool skull thingy.” She certainly has a way with words, doesn’t she?

Enjoy your Sunday, all!